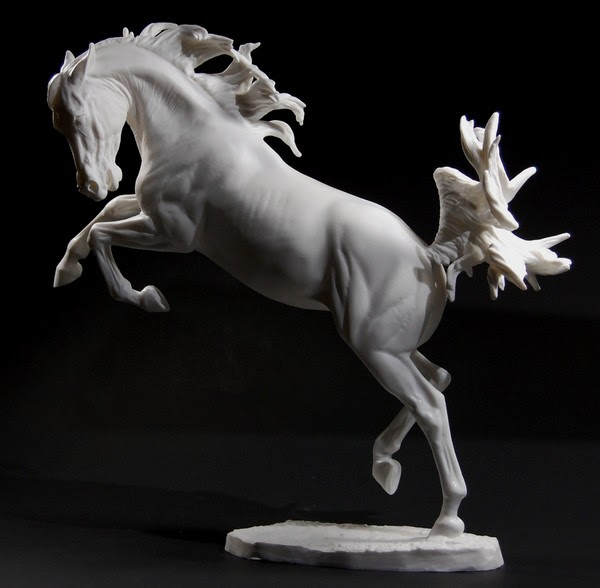 I just realized I haven't posted here since October--bad Maggie! I have just been unbelievably busy with a number of project--from paint work commissions, to finishing Superlumina, to a number of other commissions.

One of those other projects is now available for purchase: a Bantam scale Secretariat edition, sculpted by me and each painted by Caroline Boydston! They're pretty darn neat, if I say so myself, and available at http://secretariatcom.stores.yahoo.net/little-big-red-figurine.html  There's going to be a Zenyatta one too, in the same scale, and they are pretty awesome as well. I'm not sure when those will be available for sale to the public, but the first few were released at Zenyatta's Breeder's Cup party. 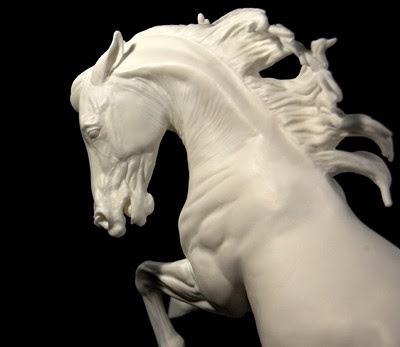 My biggest thing lately, though, has been Superlumina: http://www.maggiebennett.com/superlumina.htm. I released her (first to Supernova purchasers, and then to everyone) and just got the first resins in, cleaned up, and ready to ship out (yep, the first eight should be shipping to their owners tomorrow, if all goes well). And I have to say, the response to her has been phenomenal. She's already about half sold out. Personally I can't wait until I have a bit of time so I can paint one for myself, though I don't know if that time is ever going to come! I'm going to be painting a number of them as commissions as well, so that will be fun.

Back to working on a base to put Supernova at the same level as Superlumina!
Posted by Maggie Bennett at 8:06 PM 1 comment: