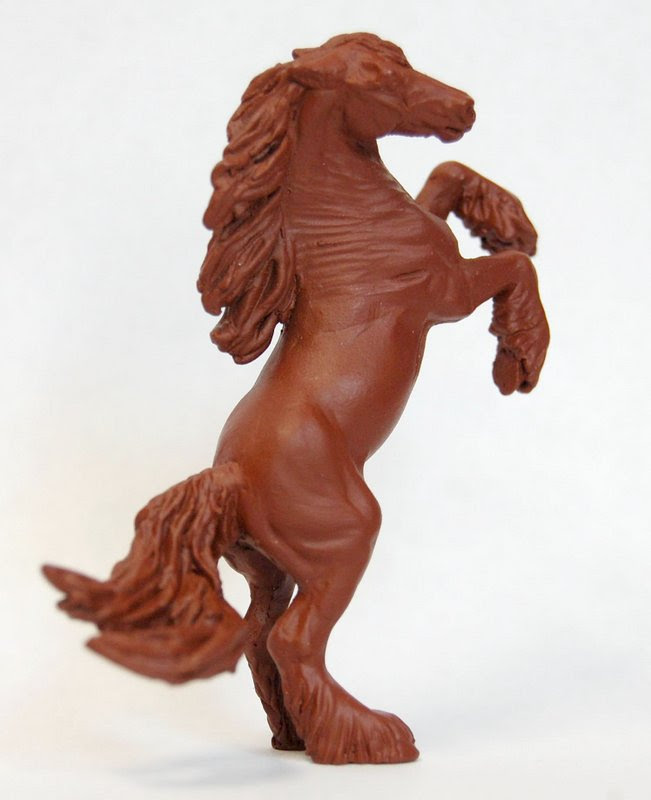 I am just exhausted today, so I don't have too much to say beyond what's on his page, but the little cob is finished, in the mail to the caster, and ready to order! More info at http://maggiebennett.com/artan.html
Posted by Maggie Bennett at 5:12 PM No comments: 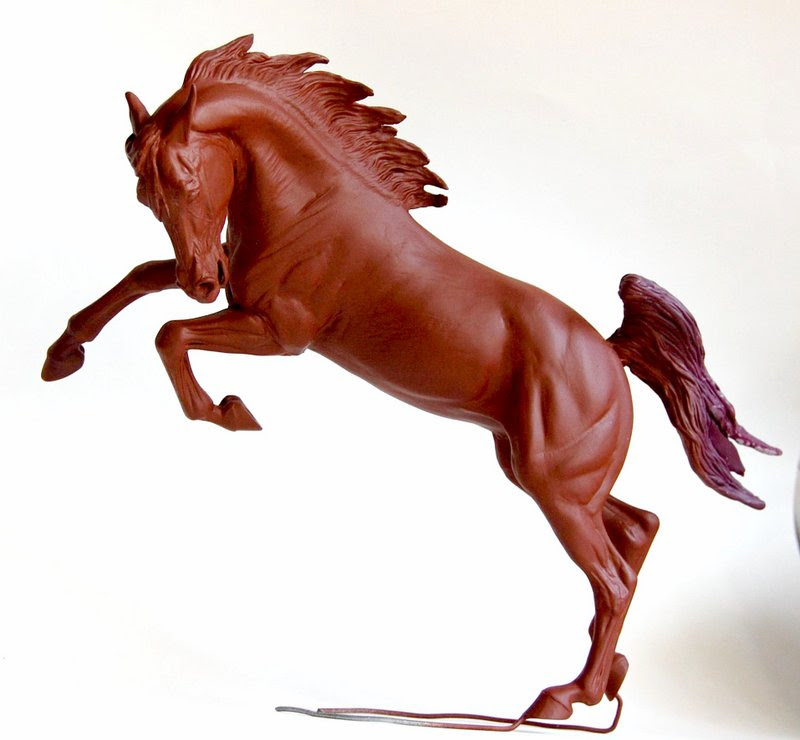 I was looking for a name for this new Arabian mare that would "fit" with Supernova, who she goes with. "Superluminal motion" is motion that appears to be faster than the speed of light, and I thought it works for her--though I think it will be just Superlumina, or Lumina. Anyhow... 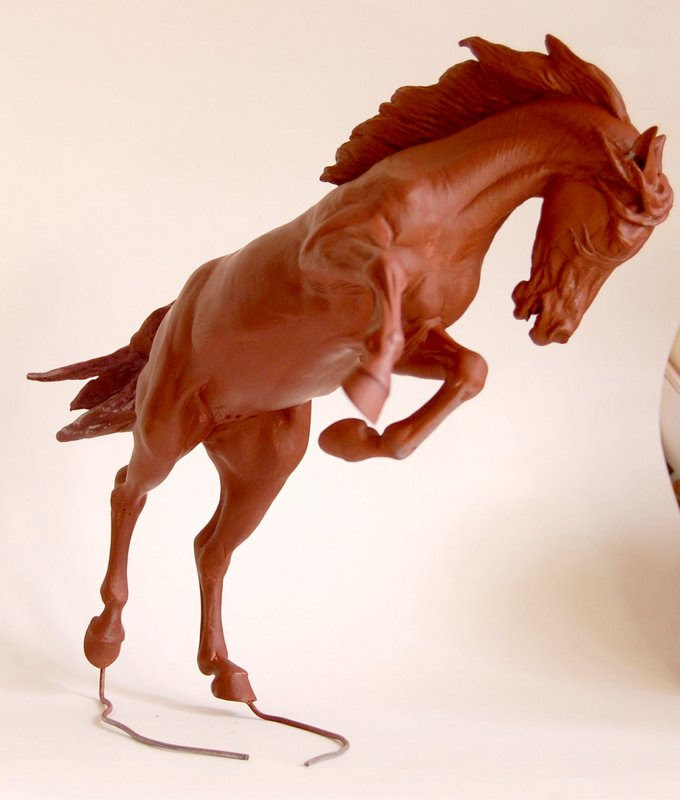 Lumina is a traditional scale Arabian mare, made to accompany Supernova. She's rearing and twisting and just lots of fun. She is still very much in progress (she doesn't even have a base, much the less things like mane and tail detail, and there may be more major changes as well), but has been demanding a lot of my attention lately. 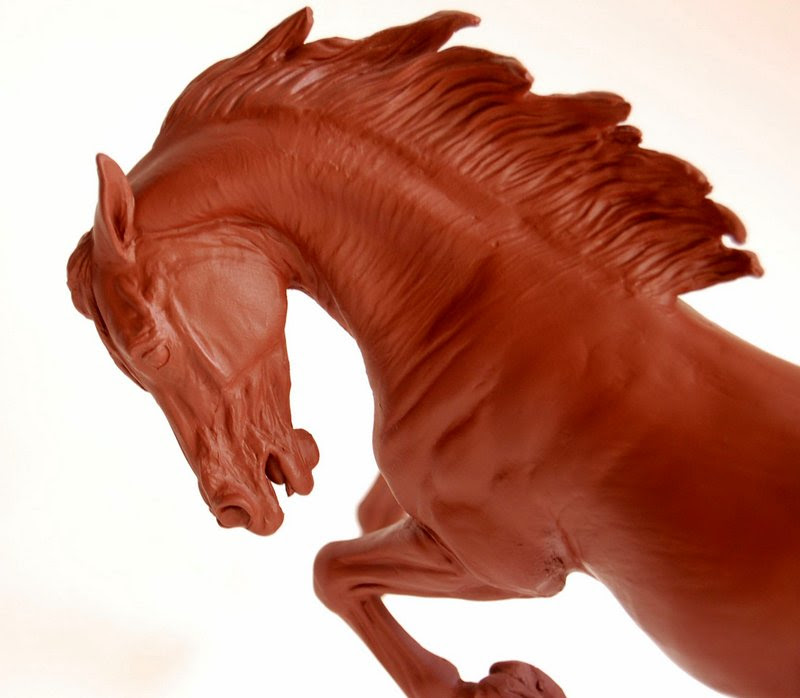 I can tell that she's going to be another one that's just impossible to get good photos of--the twist through her whole body means that something's going to get distorted by the camera!

Again, she's not nearly done, and I don't know what all will need to change before she is (if you see problems please do feel free to tell me about them, now is the time to change them)! But I plan to release her unpainted as well as paint a number for sale. Hopefully that won't be too far off, but it depends on how things go finishing her up!
Posted by Maggie Bennett at 3:15 PM 4 comments: