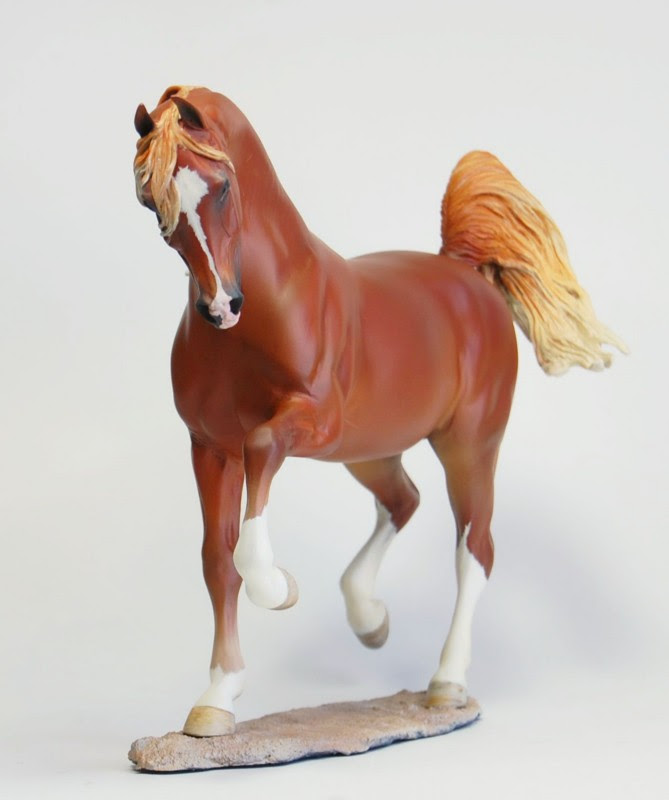 Haidar is up on eBay right now. That is all.
Posted by Maggie Bennett at 9:05 AM No comments: 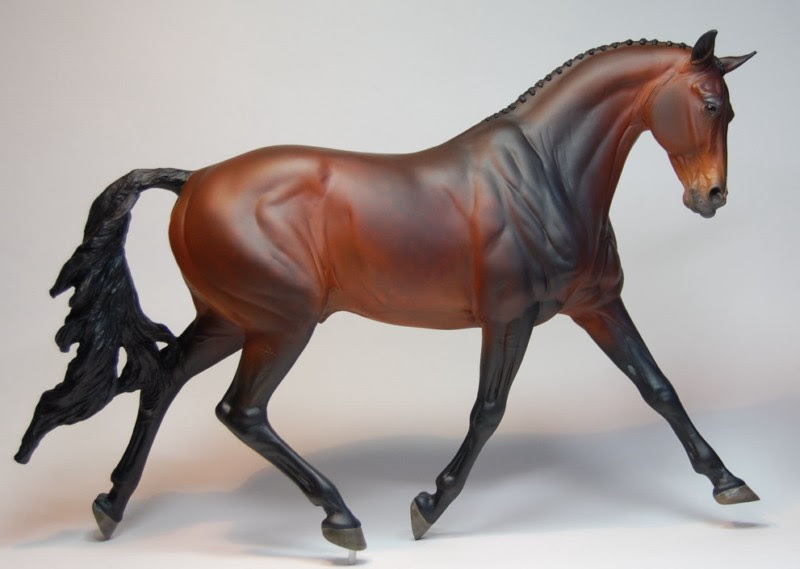 I painted this Duke (sculpted by Morgen Kilbourn)  several years ago and recently pulled him out and re-did him in preparation for sale (he is sold). I was especially pleased with his hooves: 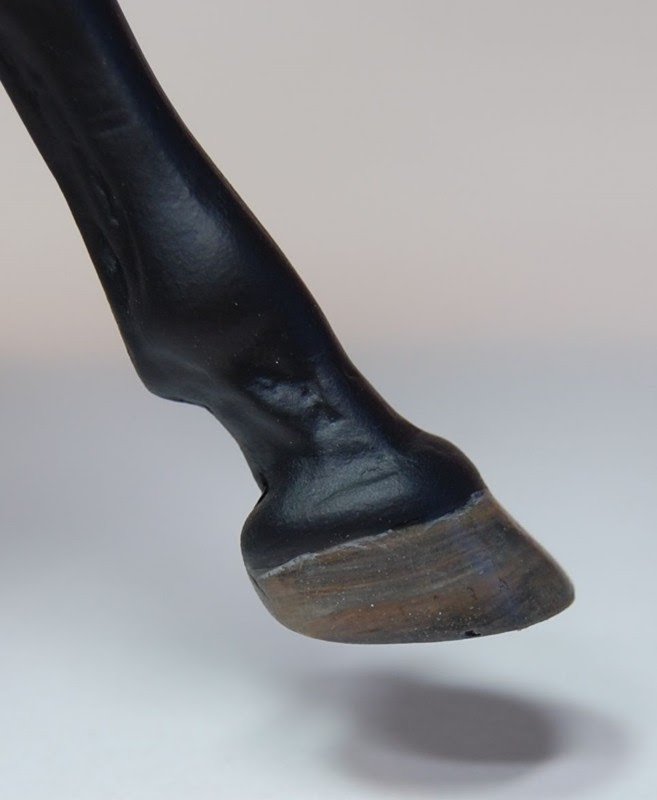 His new owner had asked me to add nail marks as she is going to be giving him shoes herself. For more pictures, please click here.
Posted by Maggie Bennett at 3:44 PM No comments:

There's a certain danger in posting in-progress shots, particularly early ones--the piece may change so much that the early shots no longer have any relation to the later ones. I think this is what's happened with 'Nova--he no longer looks very much like those early shots at all! 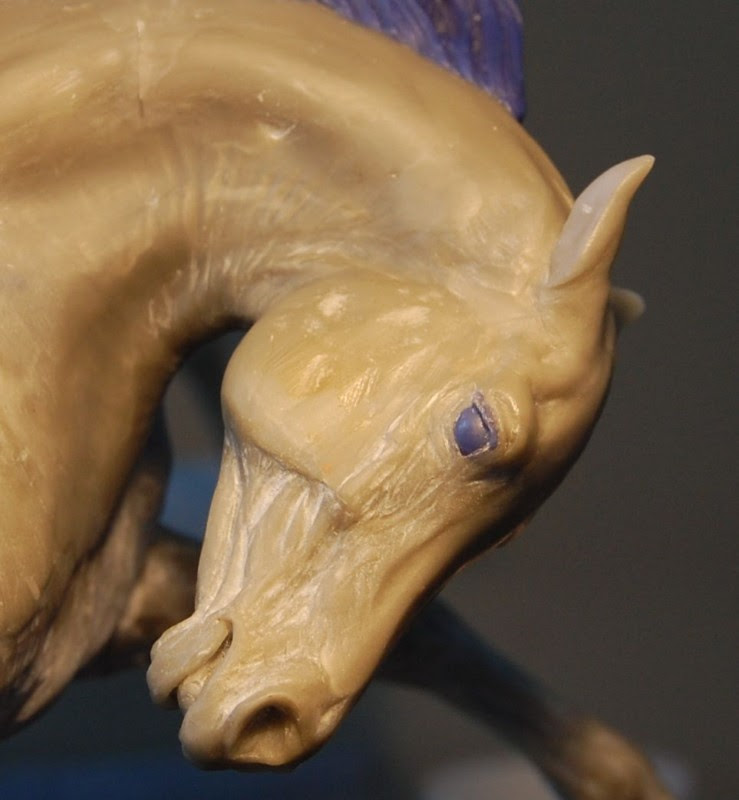 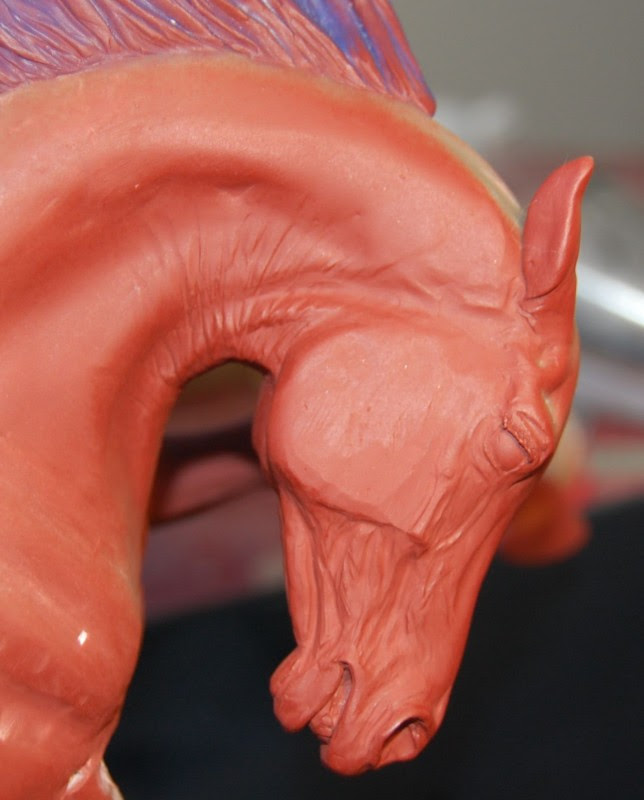 No changes were made between these two pictures except the addition of primer (although the angle is a bit different). Apoxie® Sculpt, particularly in what they call the "Natural" color, is somewhat translucent--which makes it quite difficult to see details. I needed to give him a coat of primer on this side of his head so that it would photograph better--I now need to match the other side of his head to this one, and it's easier with a flipped photograph, and a mirror as well! You can see that his head is still pretty rough, with visible tool marks and other defects. This guy still has a long way to go--only one of his legs has any detail sculpted in at all right now! His ears are solid because I know I will break them while sculpting if I carve them out now (also why he doesn't have a forelock); his chest is quite rough... just a lot to do! I only work on him evenings and weekends, so it does take longer as well (workdays are spent painting).

Posted by Maggie Bennett at 10:33 AM No comments: